I like birds of prey, and of them, I really like owls. And of all the owls I have seen so far, snowy owls are a particular delight. In Alberta, many snowy owls come and visit over the winter, and obligingly sit on telegraph poles next to the numerous range roads that crisscross the prairies. The weather of late has been very cold (-20C with wind chill, and worse!) and lots and lots of snow, making driving an interesting endeavor. But today the weather was sitting in the balmy 0-4C range, there was not much wind, and the sun was shining, so off I went, to see if I could find my first snowy owls of Winter 2013.

I drove around the Irricana/Beiseker area, and saw quite a few, but they were far off, so I continued driving around until I spotted one on a mound overlooking the fields. A nice new pose I thought, but the sun was in the wrong place (well, I was in the wrong place really). So I took a long, circular wander through knee high snow to come round to a better position and slowly approached the stationary owl. As I don’t like to disturb the owls when I take pictures, I got as close as I dared and got some nice images, some shown below. Then I went back to the road and my car via the snowy terrain. As I sat in the car to examine my pictures, I caught a glimpse of movement and turned to see the very same owl I’d not wanted to disturb fly right past the front of my car at head height!  It would have been a wonderful shot, but I had no time to get the camera out, so I just watched it fly majestically past. Awesome.

Thinking I’d not see anymore owls (it was getting late), I started back and lo, came across a further three owls on poles that had been vacant on the earlier drive by. As the sun had again moved itself to the wrong place in the sky, I slowly crept up to one owl in my car, and stopped just past it and took some pictures from my window, as you can see from the picture below. Lovely ending to a top day. 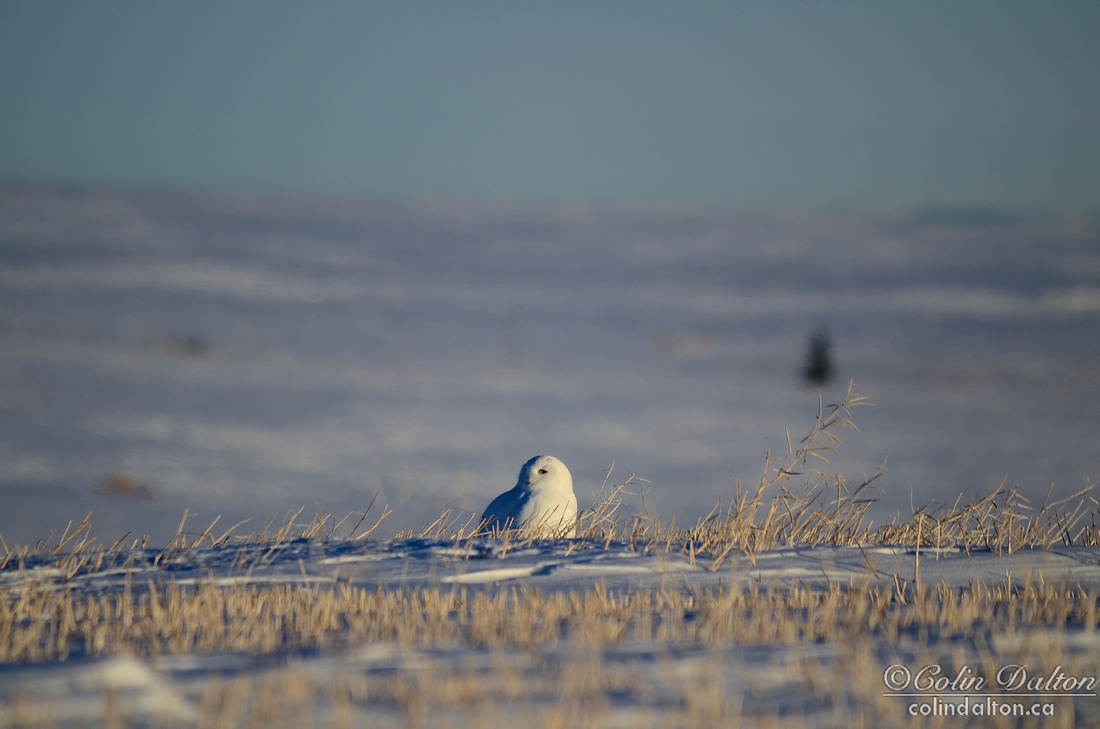 WatchfulA snowy owl watches for prey in the evening light on a hillock near Irricana, Alberta. 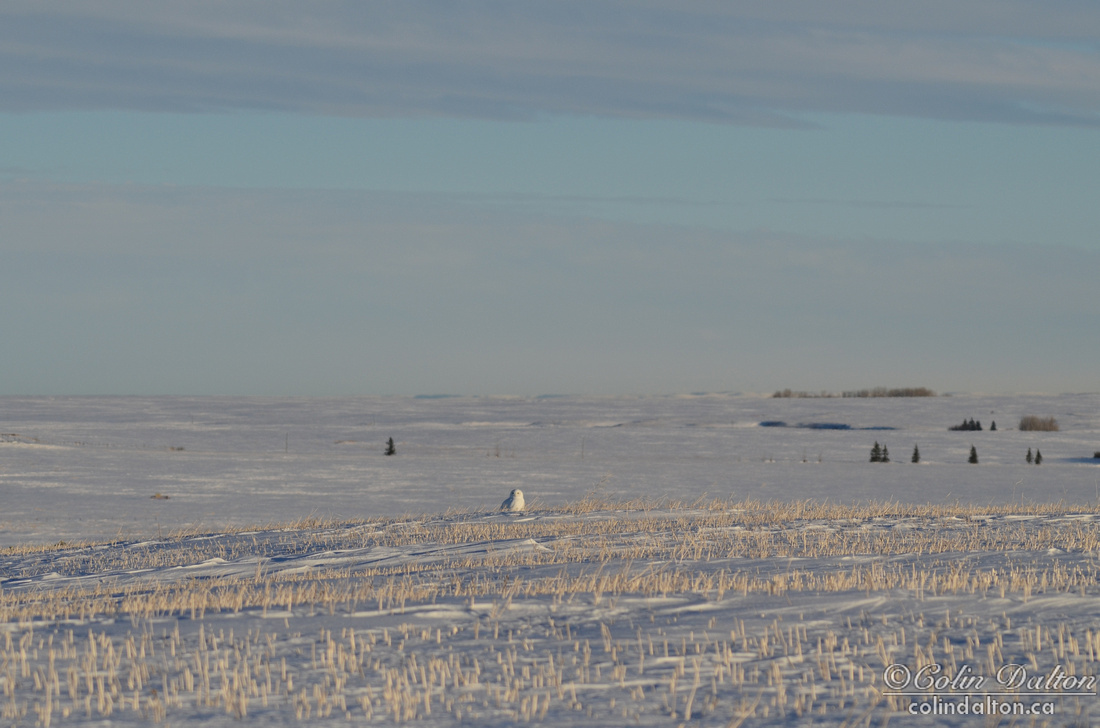 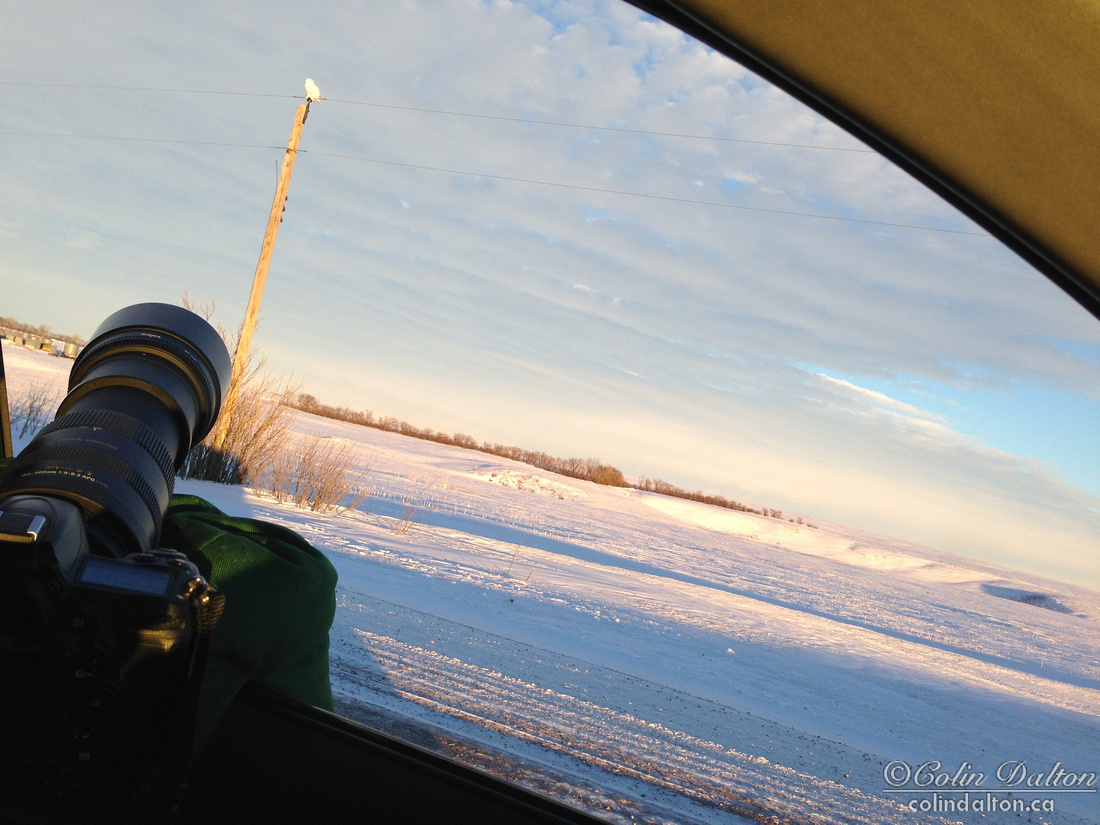 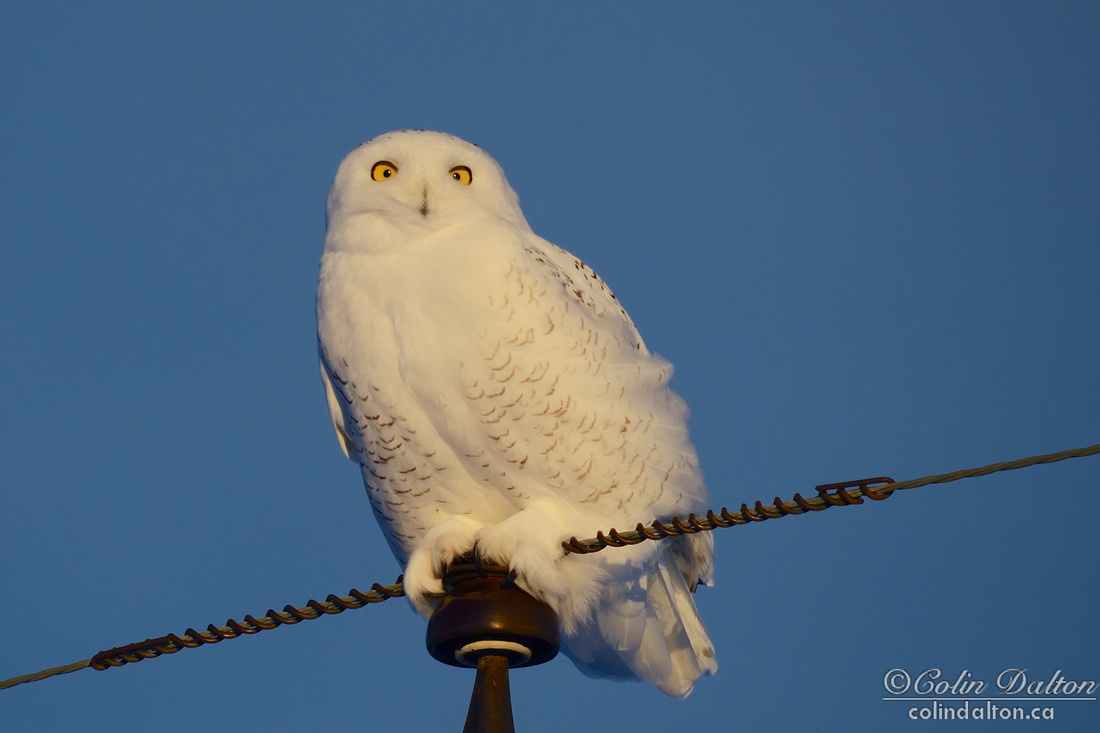 Startled OwlA snowy owl is startled on a telegraph pole near Irricana, Alberta.